K Fresh has been producing eggs for UK consumers for more than 50 years and we are proud to supply some of the country’s biggest retailers. Last year, every major retailer made a commitment to source all their eggs from free range producers by 2025, so as a result, we are in the process of adapting our business to meet current and future consumer trends.

By doing this, through significant investment on our part, we’re supporting the rural economy by safeguarding existing jobs and by creating new ones. The economic benefits of our investment will filter down the supply chain to include logistics firms, workers in the egg packing industry and ultimately British retail.

Converting to free range production involves development of smaller free-range housing units outside of our existing farming operation. The first of these units became operational earlier this year, giving the 32,000 chickens it houses access to plenty of outdoor space to roam, while still having the warmth and safety of a secure barn at night. We have recently submitted a planning application to East Riding of Yorkshire Council to build a second unit between the villages of Roos and Halsham.

Despite the free-range units being relatively small, we do understand that they have caused some concern among residents living nearby. Therefore, we have produced the following FAQ which we hope go some way to reassuring the communities in which we live and operate.

Where will the new unit be situated?

The new unit will be situated next to an existing unit on land between Roos and Halsham. It will be the final unit at this location as we believe it is in the best interests of the chickens’ welfare to have a maximum of two free range units at any one site.

Will the units lead to an increase in traffic?

A second unit would mean that traffic would increase slightly to two tractor and trailer visits per week, two or three egg collections per week, and the equivalent of 1.5 visits per week to provide feed. These will continue to take place during normal working hours.

In reality, we feel the extra traffic created by a second unit will be so small as to be barely noticeable to local residents. It will not cause congestion, nor will it visiting the site at unsociable hours.

Will the unit create extra noise?

There will be no extra noise as a result of opening a second unit.

The existing unit has been operational since March 2017 and creates no noise that is audible to anyone who is not in the immediate vicinity of the building. We have had no complaints about noise since the unit became operational. As the second unit is identical to the first, it will also create no noise.

Will the unit create any noxious smells?

All manure from the chickens is currently exported, meaning there is no noxious smells created from the operational unit. This will continue to be the case with the second unit.

However, much of the unit is currently surrounded by arable land which is fertilised. We will be turning a lot of this over to grass land which is not fertilised. Therefore, the risk of noxious smell will be reduced as we develop this site.

Will there be a visual impact as a result of erecting a second free range unit?

Whereas we accept there will be a limited visual impact created by the erection of a second unit, in reality the closest houses to the development are between 1 – 1.5kms away from the proposed location, therefore that impact is likely to be slight. The development will not block any light to these properties, and it is our belief that due to the distance between them and the unit, it will only have a negligible effect on their view of open countryside.

To ensure the visual impact is kept to a minimum we employed smaller-than-average feed silos in the first unit which are approximately the same height as the highest point of the building. Traditionally, feed silos stand significantly higher, but we were aware that this would have unnecessary visual impact. We intend to employ the same silos with the new unit.

Also, both units are to be surrounded by a mixture of trees, including elder, hawthorn, holly, oak, hazel, maple and others, meaning that in time, all visual impact will be mitigated altogether.

Why is this development necessary?

At K Fresh, we employ nearly 40 people in our egg producing operation. Many of those people are local people who would struggle to find work in their local communities should our operations be scaled down. By investing to ensure we meet changing consumer trends, we are safeguarding those jobs, and we will create further jobs in the future. Therefore, it is essential to our company and our staff that we build a number of free range units throughout the East Riding over the coming years. However, we understand the concerns that this creates and we are committed to working with the communities in which we operate to ensure those concerns are addressed in the best ways possible. 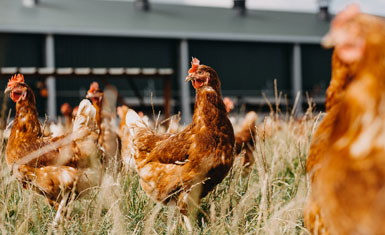 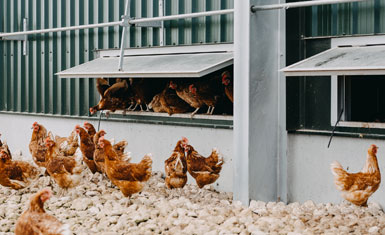